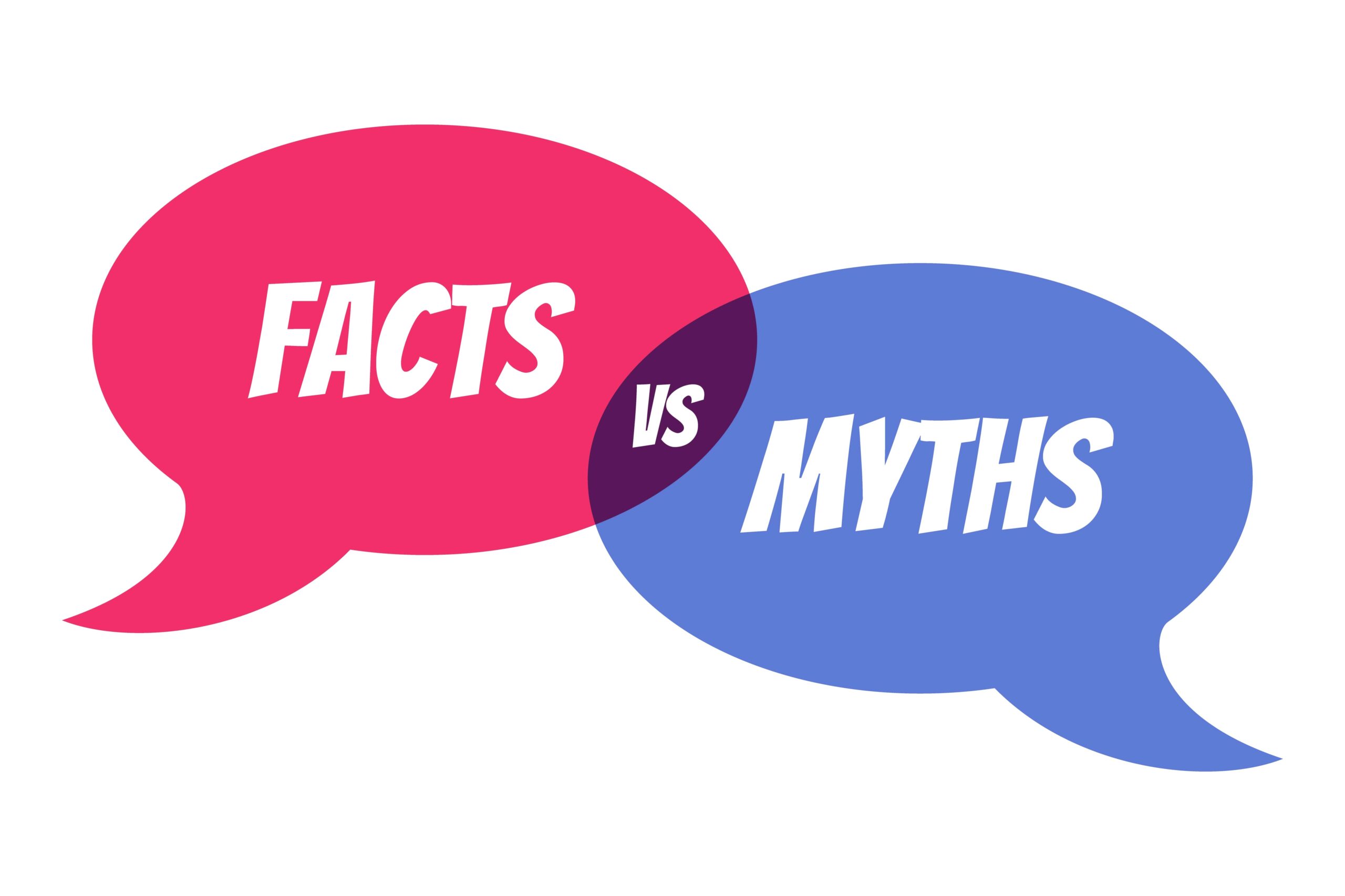 1st Expectation: “It’s all about blaming and guilting white people”

Some people believe that anti-racism training is about blaming white people for their role in racism and telling them to “fix the problem” or “educate yourself”.

1st Reality: Anti-racism training is about understanding the origins of racism and how we can reduce it today.

When we deliver both our in-person and virtual Anti-racism training (race awareness training) it’s not about blaming white people for racism or racial inequalities. What anti-racism training actually does is teach you and your employees about the origins of race and racism.

The aim of this is to help employees understand why the concept of race as we know it today exists, how it shapes the societies and workplace we live in, and why racism still persists in modern society. It’s also worth checking out our “What You Need To Know About Race Awareness Training” blog.

We’ll discuss how race as a concept was conceived in history, as well as the role it plays in society and in the workplace. Our sessions mainly focus on supporting employees, managers and leadership who are often fearful of saying or doing the wrong thing when it comes to race. Which often includes covering topics such as “how to confidently communicate with others about race without fear or causing offence”.

We’ll help you understand the differences between institutional, structural, and individual racism, as well as giving relevant examples to help you and your employees understand the real world differences, and how to mitigate it.

We’ll also discuss the differences between race, ethnicity, and nationality. What we won’t do is assign blame to an entire ethnic or racial group for being the cause of racism or accuse any participants in the session of being racist.

It’s important to remember, our anti-racism training is all about giving context to prevent offending people, by helping you understand where racially insensitive undertones and overtones in language and behaviour might occur.

2nd Expectation: “This is going to be a lecture about racism, and how to be woke”

The trainer and the training is going to be “woke”, and we’re going to have to watch a PowerPoint and listen for 2 hours about racism.

“Woke” is a word derived from African-American Vernacular English meaning “be alert to racial prejudice and discrimination”. Being Woke was, and still is, a way for black people to empower themselves and each other through learning about their own culture, history, heritage, race, traditions, norms and more. Although the term “woke” was originally coined as positive cultural recognition, and strength of unity in the black community. Now it is more widely known, today, the term “woke” can be applied to anyone from any race who is alert and willing to address issues of racism and discrimination.

It’s important to remember media portrays of the word “woke” has often been “white-washed” in society. White-washing is altering the portrayal of information or facts which is used to benefit, favour, feature, or caters to white people, who often don’t have a personal affinity to the issues being address, or feel threatened by such progressive thinking. In many Western countries the term woke is often used as an insult towards progressive people who are alert and willing to address issues of racism and discrimination, by suggesting individuals are being performative, or insincere. In turn, there are many public figures to the such as Piers Morgan, Donald Trump, Jeremy Clarkson, JK Rowling and more use the term “woke” as an offensive term with negative associations to those who advocate social justice.

As a company, its also important to understand the terms “woke-washing” and “woke capitalism”. This describes companies who signal support for progressive causes, want to end racism, and discrimination, but take little to no action to create progressive change. They only make performative gestures use it to profit off of social injustices.

Whilst some parts of our anti-racism training will involve learning elements (…of course), Mission Diverse trainers spend more time listening and facilitating sessions rather than talking. We believe an integral part of understanding race and racism is to listen to your colleagues’ point of view, and not ours.

We continually encourage lived experience learning and discussion, particularly when a topic is important to people in the room. That’s why no two anti-racism training sessions that we deliver are the same. Our training is all predicated on the discussions of those in the room at the time.

At Mission Diverse we also like to bring the fun to our anti-racism training. We’ll always incorporate interactive elements such as quizzes and group discussions to create engagement around the topics we are learning about.

More importantly, the key to engaging and learner-led anti-racism training is the trainers themselves. If you’ve ever sat in a training session and thought “this is dry!”… more often than not, you’re probably referring to the trainer and their delivery. At Mission Diverse we pride ourselves in allowing trainers to express their personality and lived experiences, as opposed to reading from written scripts or PowerPoint notes. This means you as a learner are able to build a rapport that goes beyond the slides on the screen, but also creates connections through lived experiences.

Which is why we often receive client feedback from organisations such as Breathe Arts Health Research, Systra, Francis Taylor Building and many more;

“SO so brilliant. So informative and loads to take in. Cleo is fantastic and her approach to delivering training (and also getting across Mission Diverse’s mission and role) was the best I think I’ve seen online.”

“Such a brilliant session, Cleo was amazing and made for such an informative, challenging yet freeing conversation whilst also giving us loads of information and food for thought!”

Click here to learn more about Cleo and the Mission Diverse team.

What is Equality, Diversity and Inclusion training, and why do we need anti-racism training? You’re just going to tell us why “Black Lives Matter!”

3rd Reality: This isn’t even a debate.

Believe it or not, this doesn’t feature in many training sessions. When we talk about Black Lives Matter, what we’re actually talking about long standing societal issues involving institutional, structural, and individual racism. Unless it is mentioned by a participant, it’s actually not something that we cover… “Why?”, you might ask… Because we take the approach of  addressing and understanding the history of race and racism, to present day racism and racial microaggressions that exist within society and workplaces today.

By helping learners understand the historical implications of race and its impact on others, it actually informs employees about why people take their stance around “Black Lives Matter”. Therefore it rarely even becomes a contentious debate or discussion because employees have a better understanding of race, racism and allyship throughout the session.

Which as a result removes the fear about having this conversation, and moves everyone to thinking about how we can create more equal and equitable futures for new and existing employees.

In the words of Kendrick Lamar… “Please don’t kill my vibe”. Most people feel that the topic of race is negative, and it only creates negative feelings and actions.

4th Reality: anti-racism is about encouraging racial positivity and inclusiveness.

Anti-racism training isn’t about projecting a pessimistic view of society or a particular racial group, to project the idea that everything and everything is racist, and nothing can be done to solve it. Instead we address the ways in which individuals and organisations can adopt anti-racist or racially-aware workplace practices in order to create a more inclusive and diverse working environment.

What we’ve found when delivering anti-racism training is that it enables people to feel more comfortable and confident when speaking about race, which results in a more positive outlook when discussing, engaging, and supporting others around the topic of race in the workplace and outside of it.

Here’s some of our post training feedback we’ve received from our anti-racism training:

“It was really great training and well delivered. Felt really relaxed and not a barrage of information. Considering the 3-hour length, also didn’t feel draining. Nice to have interactive elements, and not use break out rooms!”

“Genuinely in awe at how good that training was and feel so much richer for it.”

“That was so, SO good! Thanks so much for organising. I feel much less scared by the challenge we’ve been set to reach more women of colour.”

“I thought it was so well balanced, interactive, fun, and informative. I particularly liked the concept of being anti-racist rather than saying “I’m not racist”.”

5th Expectation: “I can’t say THAT or I’ll be called a racist”

Most people who hear about anti-racism training think they’ll need to censor themselves when asking or stating something in relation to race if it considered |outside the mainstream line of thinking”.

More often than not this is due to a fear of judgement, even when a question or thought is being voiced based on a genuine want to understand or give an alternative opinion.

5th Reality: “If you think it’s controversial, say it”

Anti-racism training is all about creating psychologically safe spaces to enable everyone in a session to share their thoughts and opinions. There should never be a case in any training session where a person or group of people do not feel like they can share their thoughts.

We’ll always encourage people to say what they think during a training session. A big part of this is scene setting, this is all about creating a safe environment for all employees to express their thoughts without fear of being offensive, as well as allowing others to actively listen to another person without judgement.

This also helps employees in the session to loosen up when they join, allowing everyone to freely express themselves. The goal of any anti-racism training should be centred around everyone leaving the session feeling more confident and willing to have conversations about race without being fearful of causing offence.

If you or your organisation need support with race equality training, click to view our virtual, in-person training and open workshop sessions.